My last update on my astronomical exploits was way back at the beginning of February. At that point I’d just got the new telescope installed and Mars was getting closer to opposition.

Between then and the end of May was quite a busy time in the sky when it came to planetary observation as Mars continued to be visible from my back garden for much of the time and Saturn came out to play as well. Unfortunately, after the third week in May both planets were obscured by the house by the time dusk fell. Even so, I managed to get some decent images.

I’d already managed to get one good image of the planet by the beginning of February but due to cloud cover the the next opportunity wasn’t until early March. Thankfully, there was a short period of very good seeing, allowing me to even image clouds developing within the atmosphere. 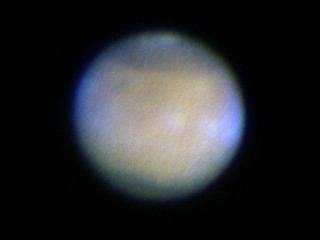 Details on the surface weren’t that clear, but that was partly due to the low quality of the camera and its low speed with the light levels available. Once the atmosphere became more turbulent the results were no-where as good. 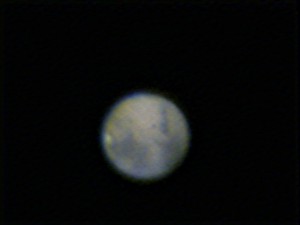 So, I decided to buy a better quality planetary camera. The resolution was still 640×480 but its noise levels were far lower, so that even without getting the colour balance correct on the first go I managed to get a far better image: 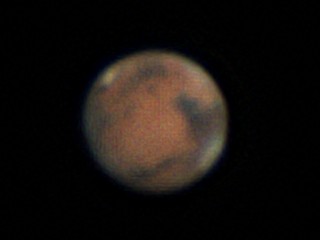 Unfortunately, by the end of March the weather closed in and the next time I could get out to view the sky was in May.

By the middle of May the planet was rapidly receding from view, markedly shrinking and becoming harder to image, especially as by the time it was visible it was almost behind the house. However, because of the change of angle, it was far easier to see that it was indeed a sphere as it was easy to see its phase:

Before long, however, it became impossible to image.

Saturn wasn’t easily visible from my garden until the clouds cleared in May, which gave me only a few short weeks in which to view and image it before it too disappeared behind the house and into the dusk. Also, most evenings the sky was just too unstable to get decent images of the planet given the amount of magnification required. Having said all that I did manage a few really pretty decent images such as this: 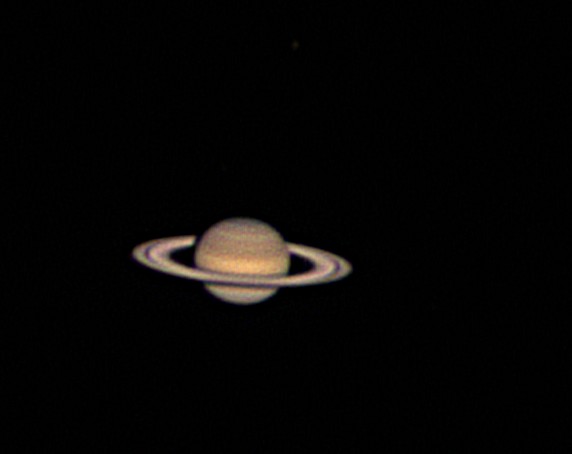