Just testing out the web browser. It seems to work OK

This morning I picked up from the Post Office delivery centre my new smartphone, the just released Palm Treo 680. (Which meant that I had to get up at 6:25am! Blurgh.)

My thoughts so far:

As for the bug, it looks like while the phone is hibernating the battery and signal level sub-systems are still sending screen refresh requests to the display sub-system. When you unlock it and wake the device up the UI spends a while updating and refreshing the display and it unresponsive to the touch screen or the buttons. It’s locked up a couple of times during this refresh deluge.

Still, it is definitely an improvement and only days after release so bugs aren’t a surprise really.

I went to Parcel Line‘s web site to track a shipment and I got this page instead: 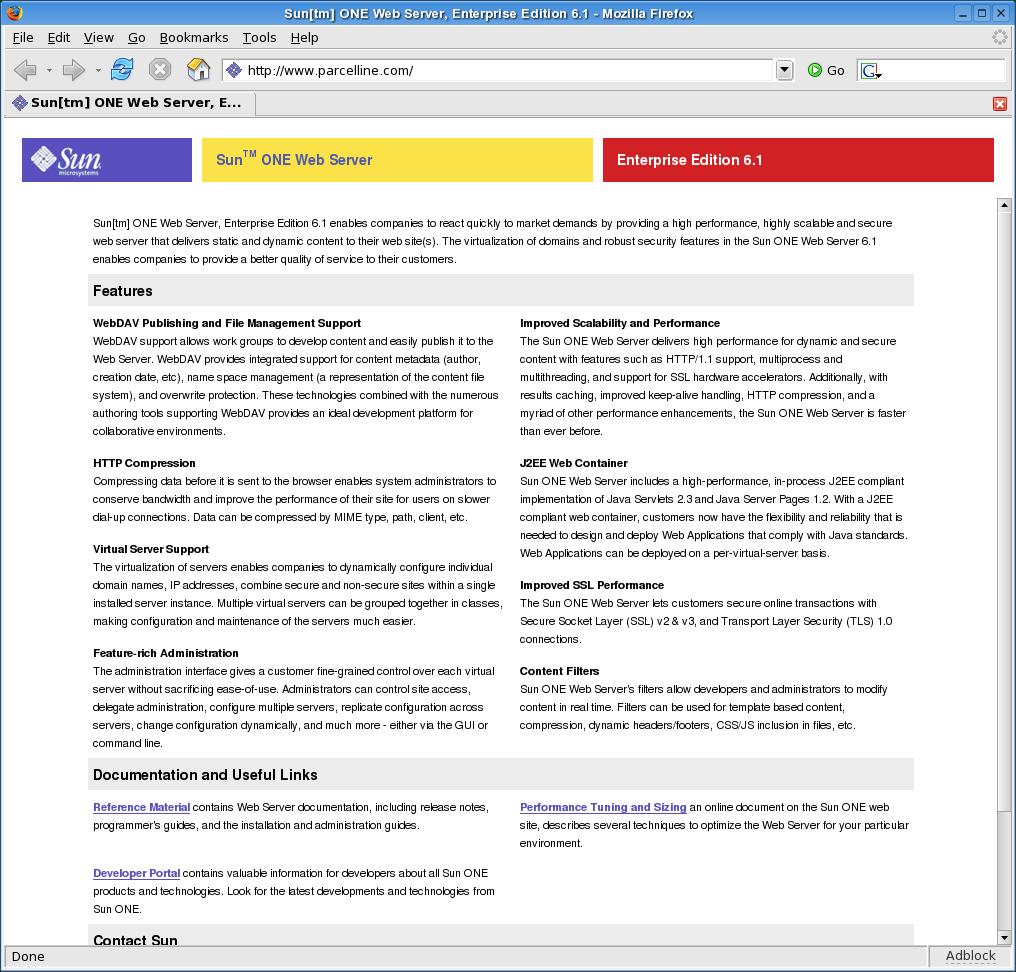 I didn’t know that Parcel Line was run by Sun Microsystems Ltd. 🙂

Those of you who hanker after the days of Elite can now re-live the whole thing under MacOS X, Linux or Windows with a re-implementation (the authors say inspired by) called Oolite.

Some wally locked their bike to mine at work this evening so I had to take the bus home. Grrr.. It also means that I’m going to have to take the bus to work. That’s £3.60 I’m having to spend unnecessarily and it’ll take me nearly an hour to get to work (as it did to get home tonight). What a pain.