I’ve been rather quiet about the observatory and astronomy in general in this blog for quite some time now. (Actually, looking back it was last June.) So, what’s been going on?

When the weather has allowed I’ve been out a number of times, the most fruitful being around the end of October when Jupiter was close to opposition and hence the largest it can be.

During this time the weather was helpfully quite good with a number of days of exceptionally stable air giving rather good viewing conditions (known as “seeing”). which gave me a good opportunity to try out a time-lapse video of Jupiter turning.

It took a few hours to image Jupiter using a modified web-cam device and then a further half a day to process each of the video clips into single images such as this: 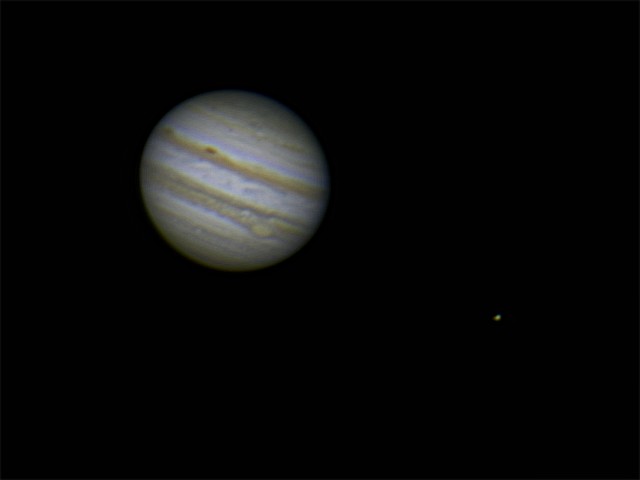 Each of the images was then again put into Registax, aligned and then made into a time-lapse movie:

Which does look rather impressive.

Unfortunately, after that period the weather hasn’t been very kind and Jupiter has drifted further away from us as we journey around the Sun. Still, Mars is on its way!

After the purchase of a new telescope at the new year (more later) I’ve managed to get out only a couple of times, mostly to do tests. The best image so far has been of the Orion Nebula taken by imaging a number of times with my Nikon D90 and then combining the sub-frames into a final image: 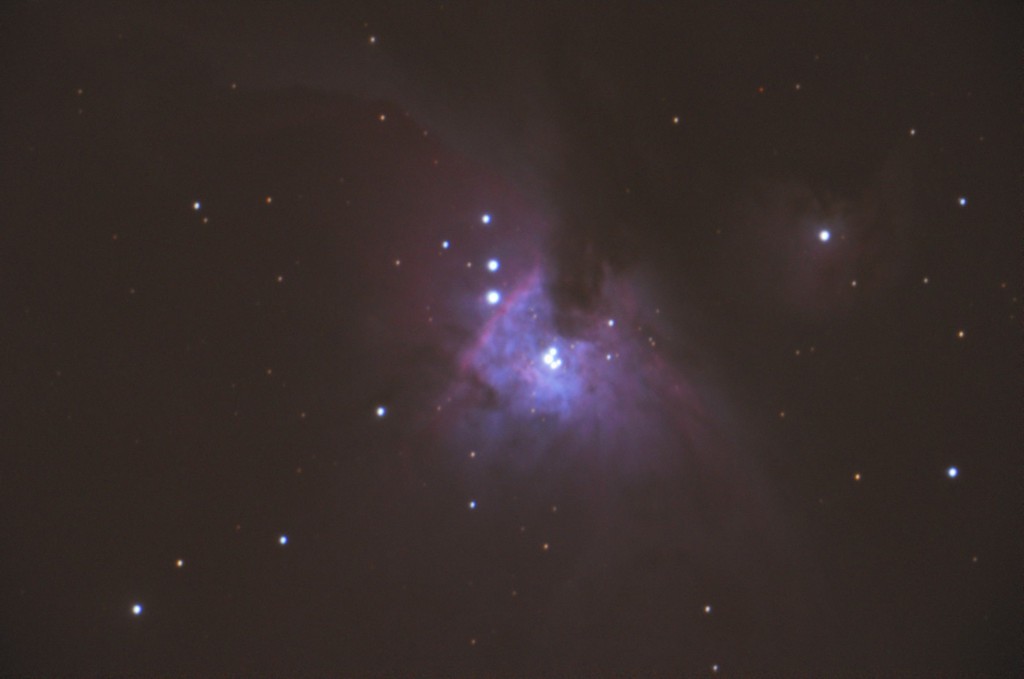 It could be better. The telescope mount wasn’t fully calibrated, I need a light pollution filter and the stars were twinkling wildly due to disturbed air. Still, it’s a start and far better than I could achieve with the Meade LX90.

Most of my time in the observatory has been spent trying to find ways to stop water seeping in and causing mould to form. In the end I had to spray the whole of the outside of the base with a rubber sealant paint and drill some drain holes in the roof roller rails. These seem to have mitigated the problem but I’ll know better when there’s some more heavy rain.

Other than that, the biggest news is the purchase of a new telescope with a “German” equatorial mount. The fact that the new optical tube is larger too is a side issue as the difference in price between the sizes wasn’t that great and so the biggest which would fit the observatory and the budget was the one I went for.

The reason for the change was two-fold. Firstly, the Meade LX90′ mount is rather crude and wanders all over the place, making it useless for even medium length imaging of deep-sky objects. Secondly, the fork mount, when combined with an equatorial wedge, excludes much of the sky as the mount gets in the way of the camera.

Anyway, in the end, after quite some extensive research I decided upon the Celestron EdgeHD 1100, 11″ scope. That, along with the hardware to fit it onto the observatory’s pedestal and guide scope, cost a pretty penny. 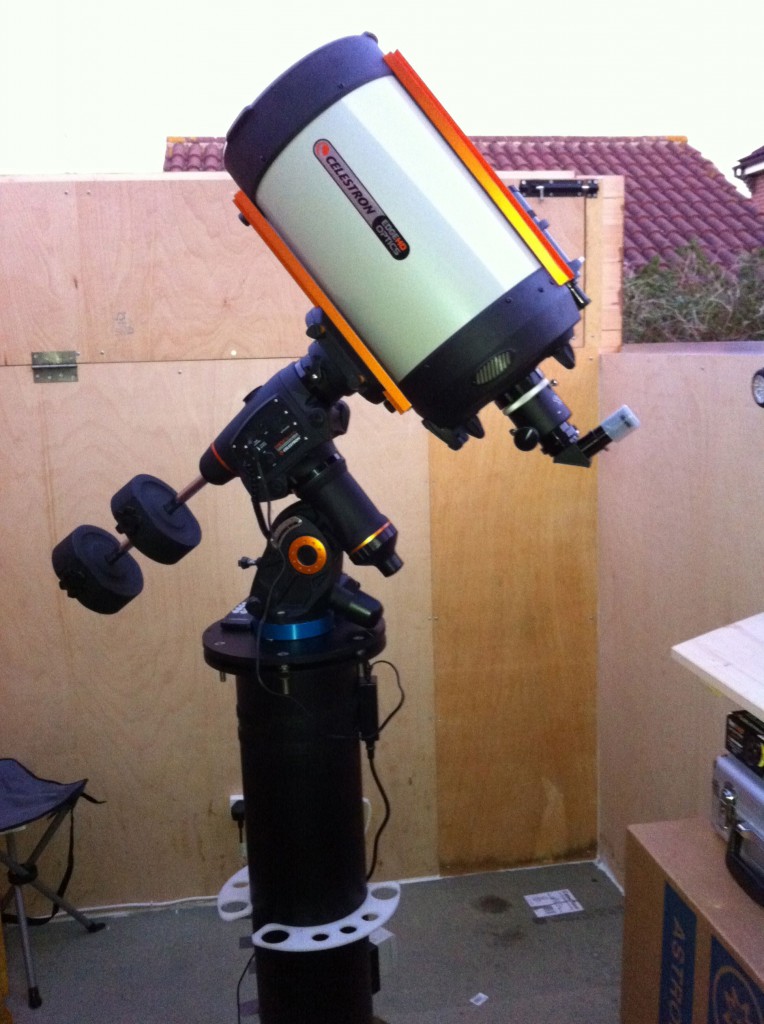 The new ‘scope at home.

Well, that brings things up to date really… More to do in the future.