A posting in the dpreview D50/D70 forum inspired me to return to Didcot Railway Centre to take more pictures after my original shoot in July 2002.

As it happens, today was a steam day and in addition the Flying Scotsman visited as part of an excursion it was pulling from Birmingham.

The resulting photos can be found here.

OK, I think I should include one of the pictures as a taster… 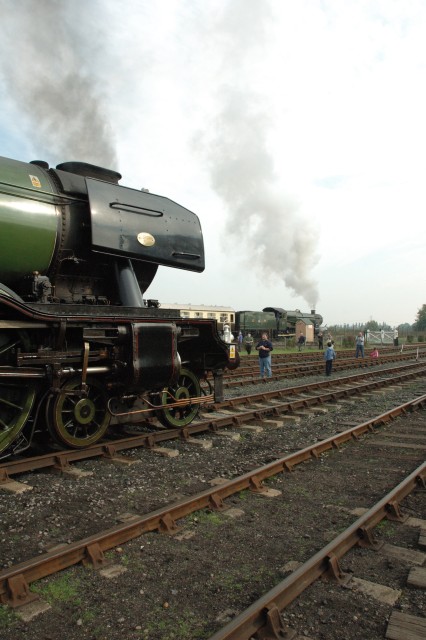